Can A Passenger Be Charged If Drugs Are Discovered In The Vehicle? 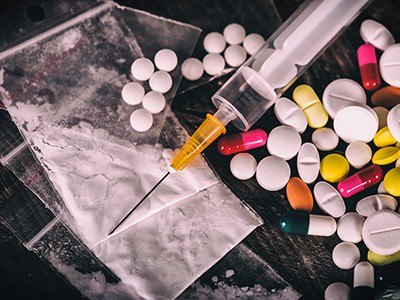 Yes, a passenger in a car can be charged if drugs are found in that vehicle. That example is definitely what I would characterize as a constructive possession issue. But remember, every case is different. It would depend primarily on where the drugs are located. For instance, if you were a passenger in the backseat of a car, the drugs were found in the trunk, and the car belonged to someone else, that is a situation where I think it would be difficult for them to charge you with possession of those drugs. Change the plot a little bit. If you are sitting in the front passenger seat, and the drugs are underneath your seat, you are more likely to be charged with possession of those drugs. Every case is going to be different. Constructive possession really depends on the facts of each case. This is why I always take my time to discuss the case and go over the police reports with my client, so I can uncover any potential defenses available.

Can You Walk Me Through a General Timeline Of A Drug Related Case?

When facing drug charges, the first court appearance after an arrest will be for the bond hearing. The only purpose for the bond hearing is for a judge to determine how much money you have to post to get out of jail while your case is pending. I am frequently able to obtain I-bonds, or what they call recognizance bonds, for many of my clients charged with drug offenses. This means that you promise to show up in court, and you do not have to pay any money to be released. Next is what I call the preliminary stages of the case. Every drug case requires a preliminary showing of probable cause to go forward. This can be done in a preliminary hearing, which would be conducted in an open court, or at a grand jury, which would be done in a secret proceeding in which we are not allowed to participate.

The state’s attorney decides whether they want to have a preliminary hearing, or a grand jury. We do not get to pick. Often there is a finding of probable cause, because it is a very low burden of proof. The state does not have to prove their case beyond a reasonable doubt, like they do when a case goes to trial. All but the very weakest cases have a finding of probable cause and proceed past this part of the case. After the determination of probable cause by a judge, or an indictment is returned by the grand jury, the case is then assigned to a trial judge. In front of the trial judge, the state is required to turn over all the evidence to us in this case. This is called discovery, and it is how we evaluate every case. Once we have the discovery, which is all the evidence in the case, I will have separate meetings with my clients to discuss the evidence, and make sure that they understand the evidence they are facing.

During a meeting at my office is also where we talk about what their options are, and I will give them the pros and cons of each of those options. Then I will tell them how I think we should proceed with their case, and explain why. From there, we decide what our strategy will be. For example, we may decide we are going to go to trial. Maybe we think there was an illegal search or seizure, and so we are going to file a motion to quash arrest, and suppress the evidence. Alternatively, perhaps the state has a very strong case against my client, and we are going to agree to negotiate a plea agreement in the case. Every case is different, and every move that I make in the case is with the knowledge, and the consent of my client, after we have discussed the case thoroughly.

What Are The Penalties Associated With A Drug Conviction In Illinois?

As I indicated earlier, with the exception of cannabis and marijuana, all drug cases in Illinois are felonies, and the general rule is, as the weight of the drugs go up, so do the penalties. For example, possession, just a straight possession, in the personal use quantity would be a Class 4 felony, and go up from there depending on the amount. A Class 4 felony in Illinois carries probation and up to one to three years in prison. There are also certain first offender probation options that may be available to someone that has no criminal background, which would avoid a felony conviction and be eligible for an expungement later.

Possession with the intent to deliver would start as a Class 1 felony, and would increase the class of felony as the weight increases. A Class 1 felony, possession with intent to deliver can receive a sentence of probation, but it also can carry up to four to fifteen years in prison. Delivery generally will start as a Class X felony, which does not include probation. It is a mandatory six to thirty years in prison with no eligibility of probation. Trafficking is one of the most serious drug offenses in Illinois. It is what is commonly referred to as Super Class X felony. Generally, that is a mandatory twelve years up to sixty years in prison.

Can The Penalties Be Enhanced If Minors Are Somehow Involved In The Drug Offense?

For more information on Drugs And Passengers In A Vehicle, a free initial consultation is your next best step. Get the information and legal answers you are seeking by calling (815) 290-9170 today.