What Does A Judge Consider In Deciding Whether Or Not To Suppress Evidence? 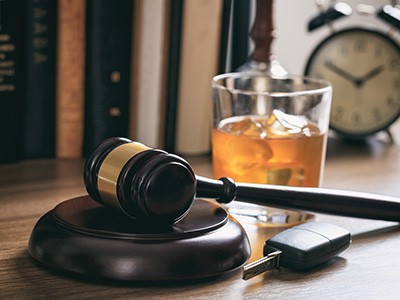 In deciding whether or not to suppress evidence, the judge looks at the facts to determine whether there was probable cause to, for instance, stop a person or a vehicle, or to search a backpack or an apartment. The judge will also look at whether there was reasonable, articulable suspicion of criminal activity. In other words, was it reasonable for a police officer to think that someone was breaking the law? At a hearing, the judge will also evaluate the credibility of the witnesses under the circumstances.

What Are Some Examples Of Cases Where You Have Successfully Filed A Motion To Suppress Evidence?

Many of my cases can be found on the courtroom victory page on my website, but I’ve successfully defended almost every type of criminal case using a motion to suppress. I’ve successfully suppressed possession of over 30 firearms. I’ve had evidence of large quantities of cocaine, cannabis and other drugs excluded. I’ve had images of purported child pornography found on computers thrown out. In drunk-driving cases, I’ve won motions suppressing every type of breath, blood or urine test.

How Do You Challenge A Prosecutor Who Is Trying To Suppress Evidence?

Generally, the Fourth Amendment would only apply to illegal searches that were made by law enforcement or other government officials. It would be a rare and unusual circumstance for a prosecutor to ask the judge to suppress evidence that the defendant was seeking to admit. However, if I file a motion to suppress, the prosecutor would certainly argue against it and ask the judge to deny it. Ultimately, it would be up to the judge to decide.

Can Either Side Challenge Or Appeal A Motion To Suppress Decision Made By A Judge?

What Is The Process Of Filing a Motion To Suppress Evidence?

When I file a motion to suppress, I first write or draft a motion based on the facts of the case. Once I’m done writing it, I file it with the clerk of the court (which usually happens in open court).

Where And When Does A Motion To Suppress Evidence Hearing Take Place?

After I’ve filed my motion, a hearing date is set. The police officers who made the arrest will generally testify at the hearing, and sometimes the defendant will as well. Once the witnesses are done, both sides argue and then the judge makes his or her decision.

How Long Does It Generally Take To Get A Decision?

Judges often make the decision immediately after the hearing, but occasionally a judge will want to think things over. Alternatively, the judge will ask the lawyers to submit case law precedent to support their positions. So, it could be a couple of weeks or a month later.

Will The Jury Ever Be Aware That There Is Evidence Which Is Being Suppressed?

Most cases in which the evidence is suppressed do not go to trial. This is because when evidence has been suppressed or excluded, the prosecutor is usually precluded from going forward in the case. In other words, if the prosecutor is not allowed to admit the contraband, then they really have no case to stand on. As a result, these cases are generally dismissed.

Could The Granting Of A Motion To Suppress Mean a Full Dismissal Of My Case?

For more information on Factors Considered In Motion To Suppress, a free initial consultation is your next best step. Get the information and legal answers you are seeking by calling (815) 290-9170 today.