The Right To An Attorney Before Taking A Breathalyzer Test 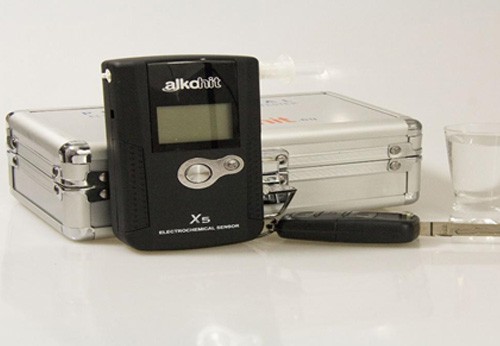 In this article, you will learn:

What Are Your Rights During A Chemical Test?

When you are taking a chemical test (whether it is breathalyzer, blood, or urine), there is no right to counsel at that point. The reason is that any suspension for being over the limit or refusing to take the test is an administrative suspension – which is a civil matter.  Only with criminal cases is there a right to an attorney. Therefore, there is no right to counsel prior to making a decision about the chemical test.

What Happens If You Pass All The Field Sobriety Tests?

You can still be arrested if you pass all the field sobriety tests. It is the police officer’s discretion if they arrest you or not. Once the evidence is reviewed, and your attorney believes that there was no probable cause to arrest, they can file a motion to suppress evidence. Sometimes that’s called a motion to quash arrest.

This makes it unlikely that a civilian would know whether they passed or not. Many times, people think they did well on the tests. However, once your attorney has a closer look, they see that it was a technical failure based on the scoring criteria.

If you have a video and someone does look good on the video while they are performing field sobriety tests, this would be favorable to the case. However, just passing the field sobriety tests does not necessarily mean that there is no probable cause to be arrested.

Do You Have To Answer A Police Officer’s Questions About Drinking If You’re Pulled Over?

What Happens To Your Driver’s License If You Are Issued A Temporary Driving Permit?

Don’t be so concerned about where the physical license is. There is also an unfortunate but common practice by some police departments where they throw the physical driver’s license in the garbage and you have to get a new one.

How Long Is Your License Revoked After A Drunk Driving Conviction?

There are ways to avoid a revocation that comes down to avoiding a conviction:

Unfortunately, if you are convicted of a DUI, your license will be revoked.

Can You Be Forced To Have Blood Drawn After Refusing Chemical Testing?

Are Breath Tests Admissible In Court?

Portable breath tests or PBTs, are not admissible as substantive evidence of your blood alcohol content but can be admissible for other purposes. They are admissible to show probable cause for an arrest for DUI or reasonable grounds for a chemical test.

Will An Out Of State DUI Conviction Show Up In Your Record?

If you had an out-of-state DUI conviction while you had an Illinois driver’s license, then it was reported to the Illinois Secretary of State. All the states are part of the driving compact which says that each state is required to report back to the home state any driving convictions that occur in another state.

As such, your DUI will show up in records across the U.S.

For more information on Your Right To An Attorney Prior To Breathalyzer, a free initial consultation is your next best step. Get the information and legal answers you are seeking by calling (815) 290-9170 today.