What Is The Procedure For The Evidentiary Breathalyzer Test In A DUI? 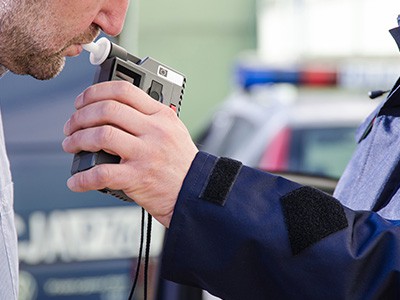 After the individual has been arrested for driving under the influence and brought back to the station, the officer will, in addition to preparing for the breath test or other chemical test (such as blood or urine), read what’s called the Implied Consent Warnings. Sometimes it’s also called the Warnings to Motorist. These warnings inform the person about the consequences of submitting to the breath test and being found over the limit, as well as the potential consequences of refusing to take the test. The resulting suspension from either a test failure or test refusal is called the Statutory Summary Suspension. Generally, for a first offender, a breath test that’s over the limit would result in a 6-month driver’s license suspension, and a refusal to take a breath test is generally a 12-month driver’s license suspension. The difference in length is to encourage people to take the test, because the result that’s over the legal limit will give the prosecution a stronger case. Also, in this context, “First Offender” means that the driver has not been asked to submit to a chemical test within the last 5 years. This is how someone could have a prior DUI and still be considered a “First Offender” for Statutory Summary Suspension purposes.

How And Where Is The Evidential Breathalyzer Test Administered?

The evidentiary breathalyzer test is administered at the police department. Sometimes state or county police would administer a breath test at a tollbooth area that’s set up to process the DUI arrest, or at a close-by police station as well. The driver is admonished first with the Warnings to Motorists, which explain implied consent information and lay out the suspension periods for being over the limit or refusing to take the test. Then the officer would observe the individual for 20 minutes. By law, the officer must do this to make sure that the individual doesn’t eat, drink, burp, vomit, or put anything else in their mouth that could potentially invalidate the test.

After the observation period, the officer pushes a few buttons on the breathalyzer, and the motorist is asked to blow in the tube continuously to make sure that a sufficient sample is given. After the sample is provided, if it was sufficient, then a breath ticket is printed out with the blood alcohol results on it. If the machine indicates that an insufficient breath sample was provided, the driver may be asked to try again. If the driver is unable to provide a sufficient sample, it is considered a refusal in the eyes of the law, even if there are legitimate reasons a sample could not be provided.

What Part Of The Test Actually Searches For Alcohol On Someone’s Breath?

The actual technology is fairly complicated and beyond the scope of this article. But, without getting too technical or scientific, most breathalyzer devices test for alcohol using infrared technology. After a person blows into the machine, the machine emits an infrared light energy through that breath based on the wave length. In other words, alcohol will affect the wave length of that infrared light. Based on that, a microprocessor converts that measurement to a blood alcohol content reading. Then the blood alcohol content number, which is produced, is actually measured in the amount of grams of alcohol per 210 liters of breath.

How Accurate And Reliable Are Readings From The Breathalyzer Test?

How accurate and reliable the readings from the breathalyzer test are depends who you ask. Law enforcement and most judges might say that they are generally accurate. However, like any electronic device, they’re prone to malfunction and error, and they’re only as accurate as the person administering or operating the machine. If they are not operated properly, and if the test is not performed as required by law, then the test is invalid. The machines must also be consistently maintained. The State Police must keep maintenance records for our review. Obviously machines that have not been repaired or maintained can malfunction. Many people would be surprised to learn just how primitive the actual technology is in a breathalyzer machine. For example, the cell phone that many people carry around in their pockets every day is far more powerful and sophisticated than the processor in the breath machine. The technology in a breathalyzer is really more like that found in a calculator.

How Important Is The Observation Period In The Breathalyzer Test?

The observation period is important for a couple reasons. First, because the law requires it. The officer is required by statute to observe the driver for 20 minutes prior to giving the breath test. From the defense attorney’s standpoint, this is fertile ground to attack the breath test, because many officers don’t do this. If the observation was not done, the test could be invalidated. Second, the observation period is required because it has a legitimate purpose, which is to dissipate mouth alcohol. If alcohol remained in the mouth, the breathalyzer could give a high reading. Finally, it gives me an opportunity to impeach the officer’s testimony if the prior testimony or reports are inconsistent with an observation period.

If Someone Does End Up Belching Or Vomiting, How Does It Impact The Test Results?

Do Officers Typically Abide By The Rules And Laws In Administering These Tests?

Most officers do abide by the rules, and they are also aware that they have to conduct that 20-minute observation period. But I have countless cases where I’ve caught police officers lying about the observation period, and I can do that through a variety of other manners too. Basically, when an officer reports a DUI arrest, there are a number of events that they have to document, specifically the time that it occurred. That’s a great way for me to catch them in a lie if the time periods don’t add up, or if there was too little time between the time that the breath ticket indicates that was printed out versus some other event. This is just another technique I use to produce the best possible outcome for my clients.

For more information on Evidential Breathalyzer Test In Illinois, a free initial consultation is your next best step. Get the information and legal answers you are seeking by calling (815) 290-9170 today.