Can You Get Bail In A Federal Drug Case? 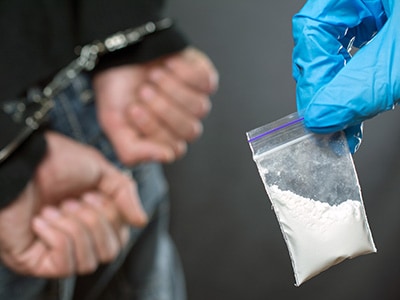 Yes. Federal courts set bail in more or less the same way that state courts do, factoring in the nature of the charges, the criminal history of the person, ties to the community and the risk of flight. I’ve had great success at obtaining OR bonds or what’s known as Own Recognizance bonds for my clients with federal drug charges. If the defendant doesn’t get an OR bond, then they must post a cash bond. This gets a little tricky in federal court because with federal drug charges, the U.S. government almost always asks for a source of fund hearing prior to posting bail.

This is a hearing where the defendant has to prove that the money being used to post bail is not drug money or otherwise obtained from illegal sources. In other words, there has to be a paper trail for where the bond money comes from.

Can A Federal Drug Case Ever Be Returned To A State-Level Court?

If you’ve been charged in federal court, it’s highly unlikely that your case will be transferred to a state court. The determination of whether to send a particular case to a state court versus taking it to the federal system occurs before it’s brought to a grand jury. That’s a decision that would be made by the U.S. attorney and with the help of a law enforcement agency, like the FBI, DEA and so on. Once it’s in federal court, it most likely will stay there.

Can A 4th Amendment Violation Be Used As A Defense In A Federal Drug Case?

Absolutely. Fourth amendment violations are a great way to attack federal drug charges. Any time there is a warrantless search, the 4th amendment comes into play. For instance, searches of vehicles, homes, backpacks and purses all involve the 4th amendment. I’ve won many cases by suppressing evidence that was obtained by illegal searches in violation of the 4th amendment. Search warrants also can be challenged. This is a little bit more difficult to do because a search warrant is generally given great deference by the judge; but if we can show that law enforcement lied in obtaining the warrant or that the agent exceeded the scope of the search warrant, then that evidence could still be suppressed.

Can A Miranda Rights Violation Be Used As A Defense In a Federal Drug Case?

Everybody knows what Miranda rights violations look like from watching TV and the movies, but in real life, these violations occur when people make statements to the police, whether they’re written or oral. It is not like on TV where they have to read your rights to you immediately as you are being arrested; or if they fail to give them to you at all, it’s not a defect to the case necessarily. Miranda rights only come into play if you are in police custody and they are asking you questions about the case. If you get arrested and the police don’t ask you anything, the fact that you haven’t been given your Miranda rights really is of no consequence. I have successfully litigated many motions, asking the court to suppress statements made in violation of Miranda rights.

Can Contesting Possession Be Used As A Potential Defense In A Federal Drug Case?

Can The Credibility Of Witnesses Be A Defense In A Federal Drug Case?

For more information on Bond In Federal Drug Cases, a free initial consultation is your next best step. Get the information and legal answers you are seeking by calling (815) 290-9170 today.